I decided to start 2019 off with a carved box in northern red oak. The overall dimensions of the box will be, 10-1/2″ D x 17-1/2″ W x 9-1/2″ H. Not knowing what pattern to carve, I just established horizontal and vertical centerlines and stared at the board for a spell.

After several minutes with no clue as to what to carve, I began adding an S-braid as a bottom margin, thinking perhaps that would spark an idea. Firstly, I scribed margins as shown. 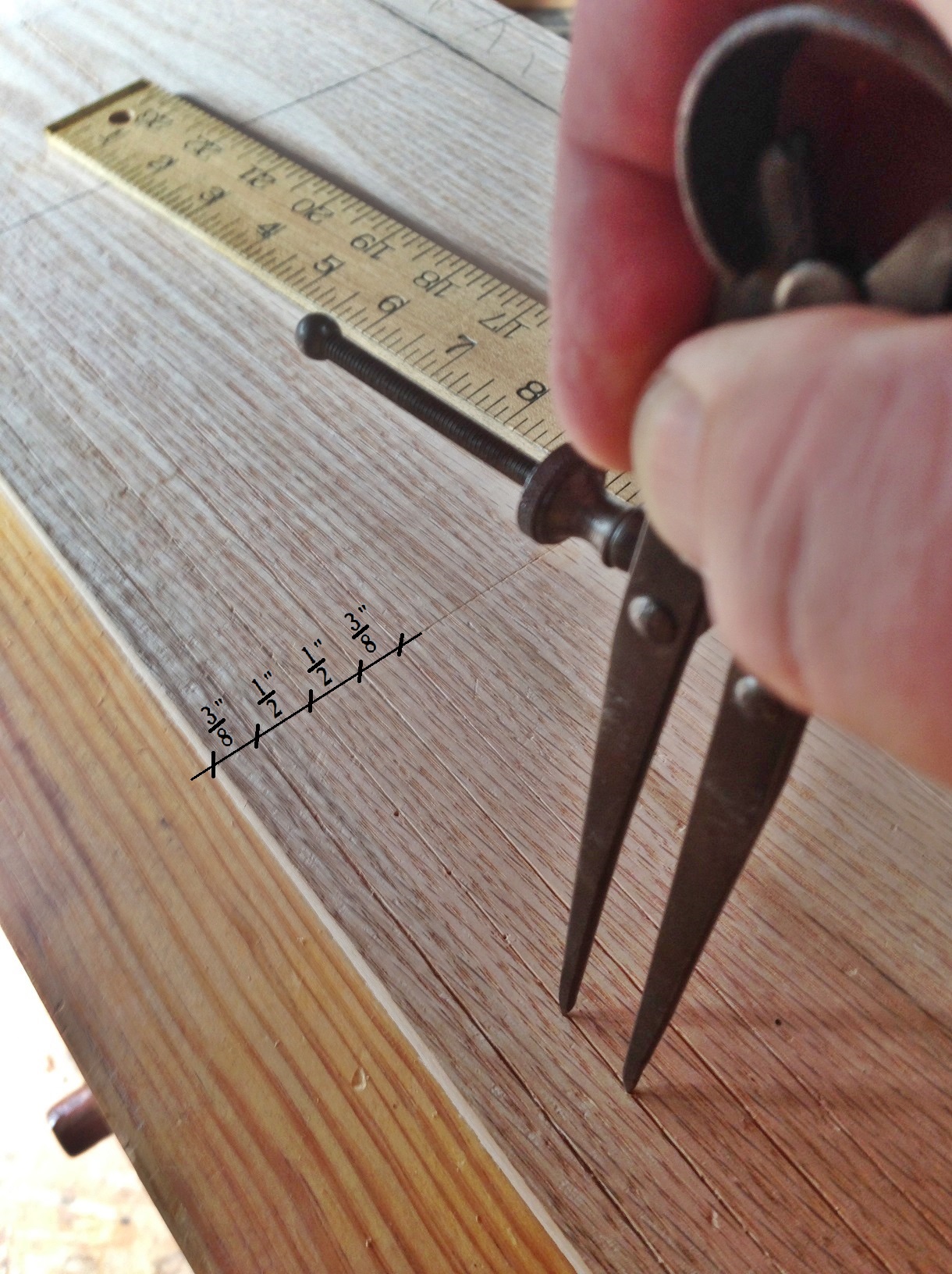 Then using dividers I walked 5/8″ spaces across the board and used an eye punch to mark off these spaces. 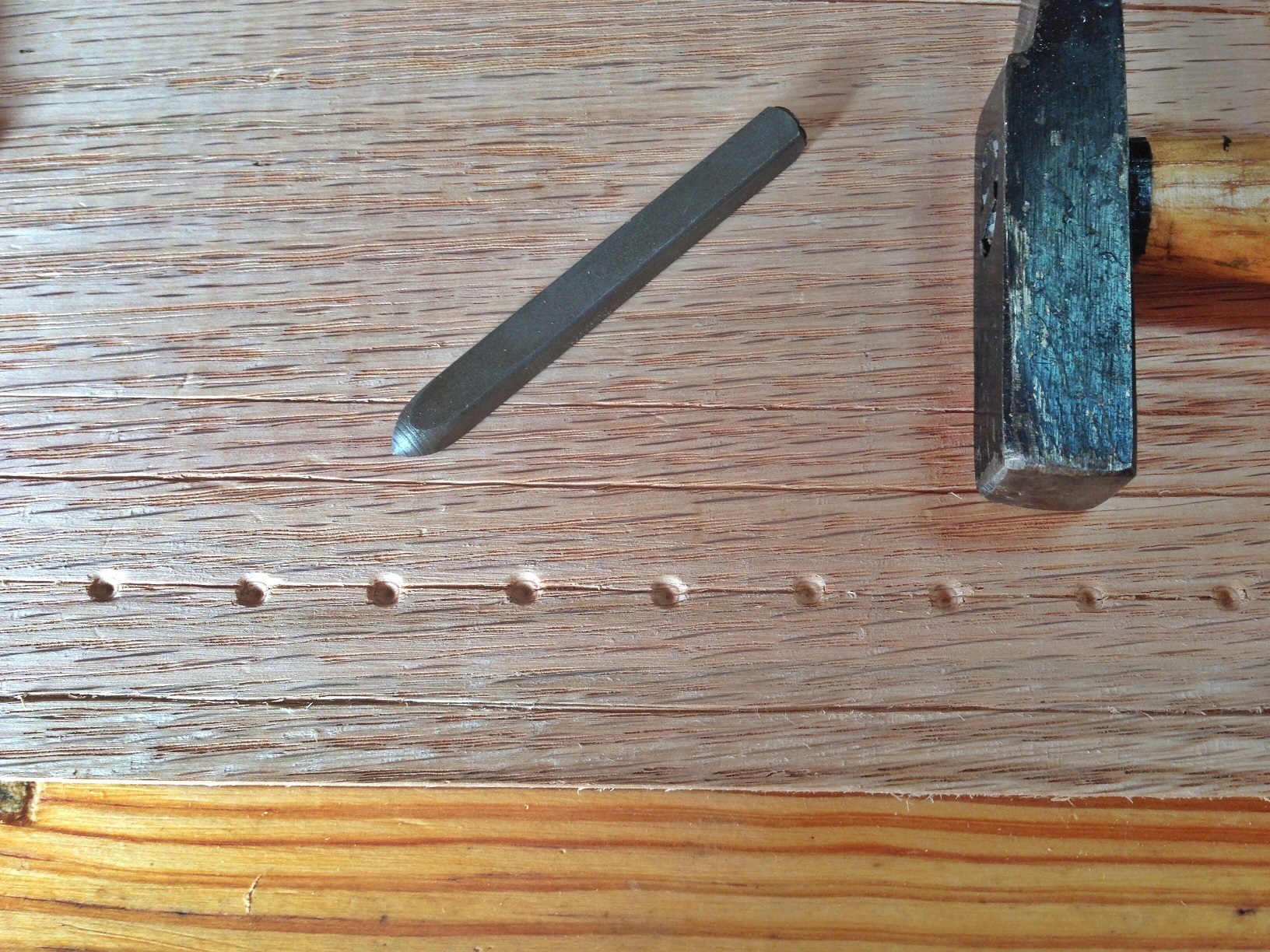 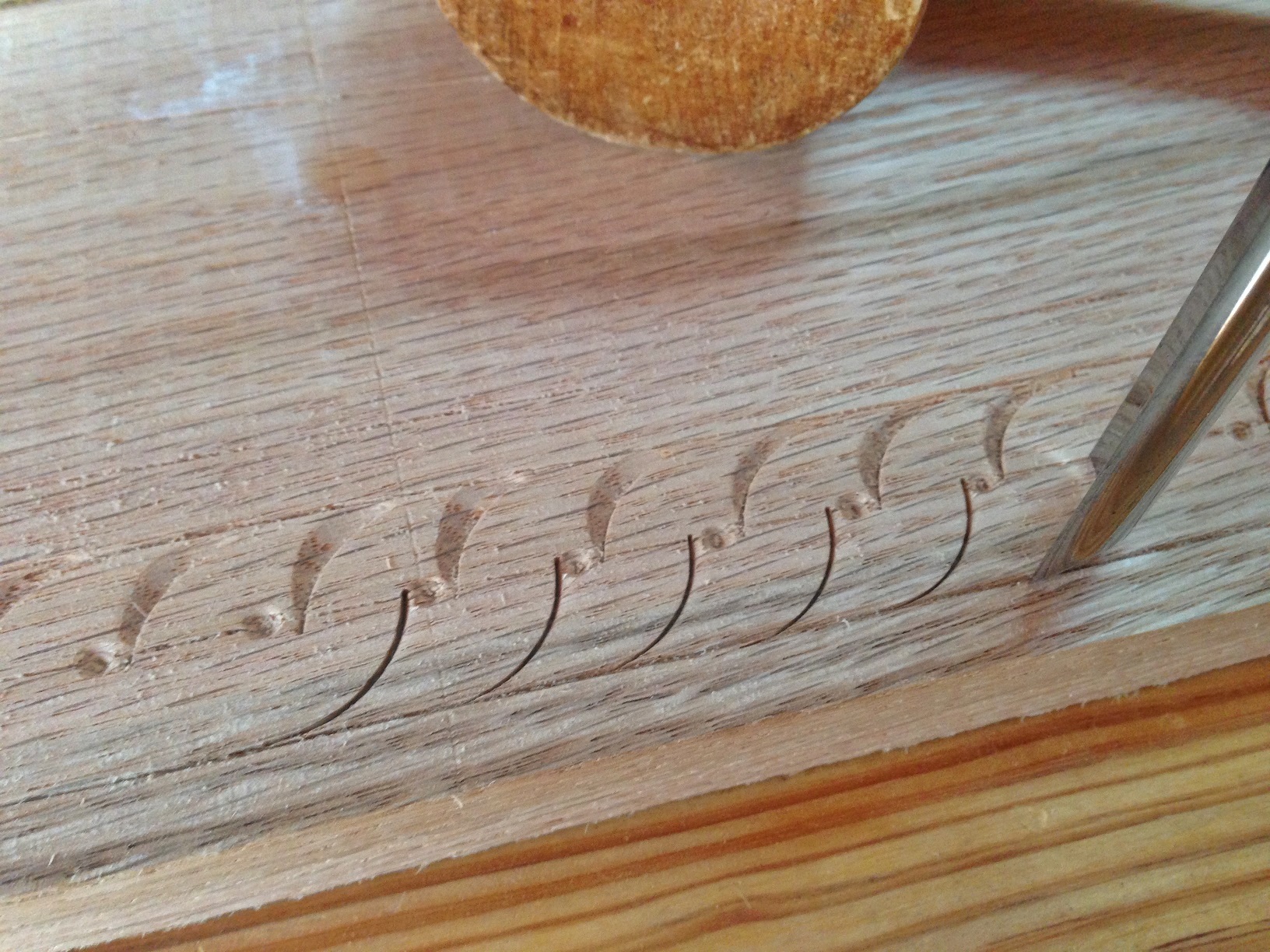 From the center line to where the chips were removed, I made strikes with a 10 mm #7 gouge, both top, and bottom. 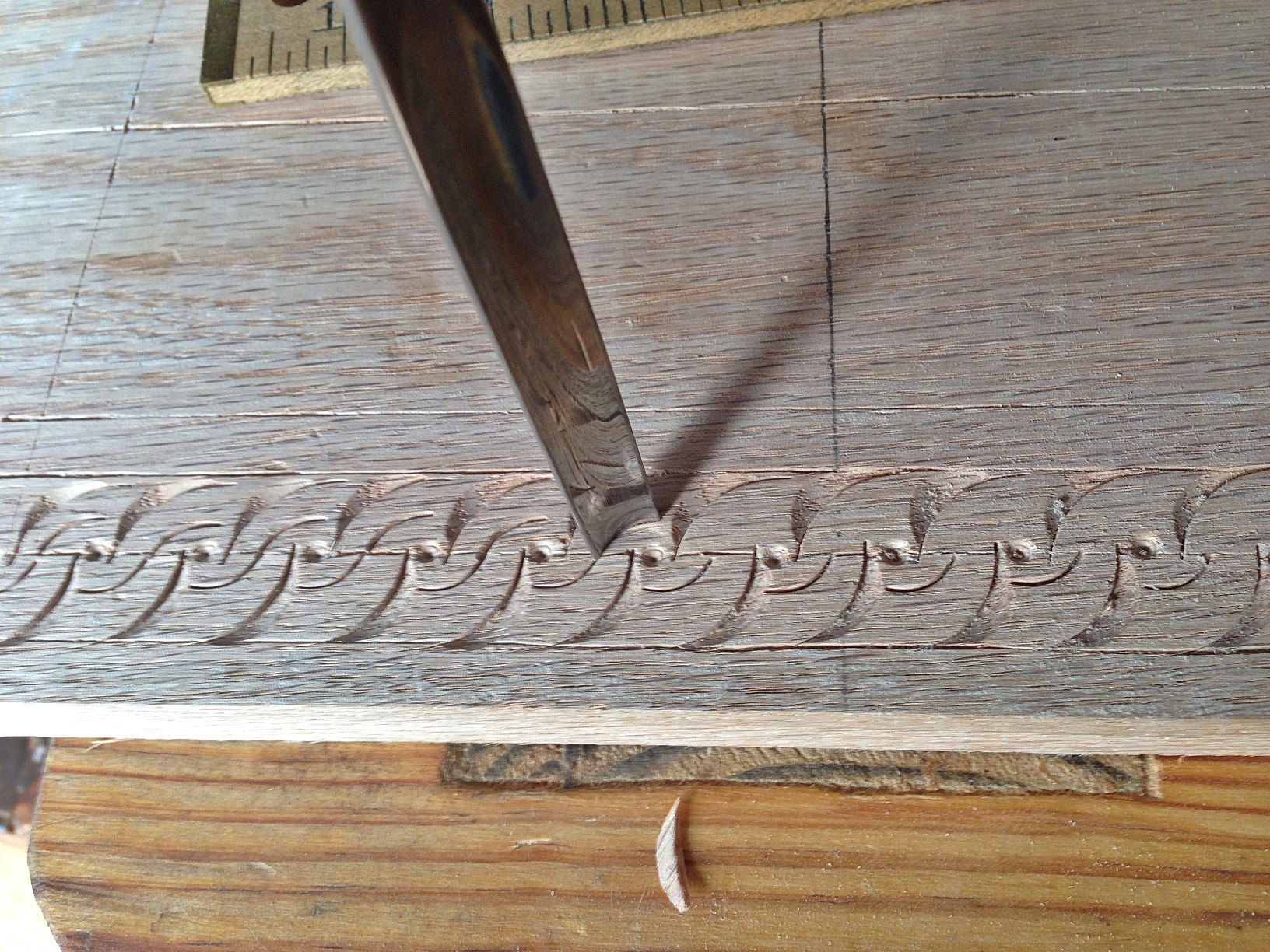 Using the same 10 mm #7, I rounded over the first 20 mm gouge strikes and removed the chip.

After an hour or so I had an S-braid as a bottom margin! 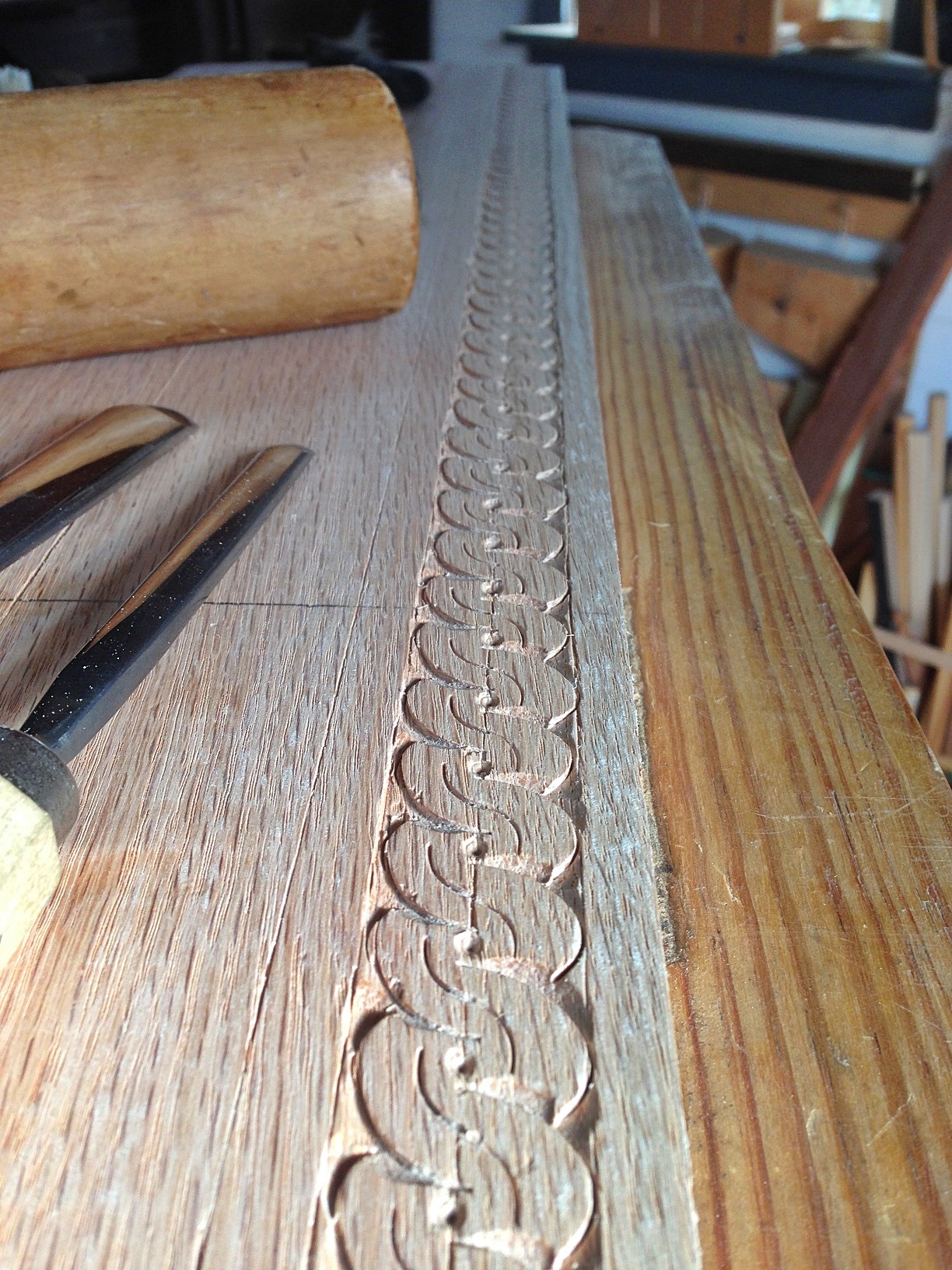 Still, with no clue as to what the main pattern would be, I decided to add some running cable as a top margin. 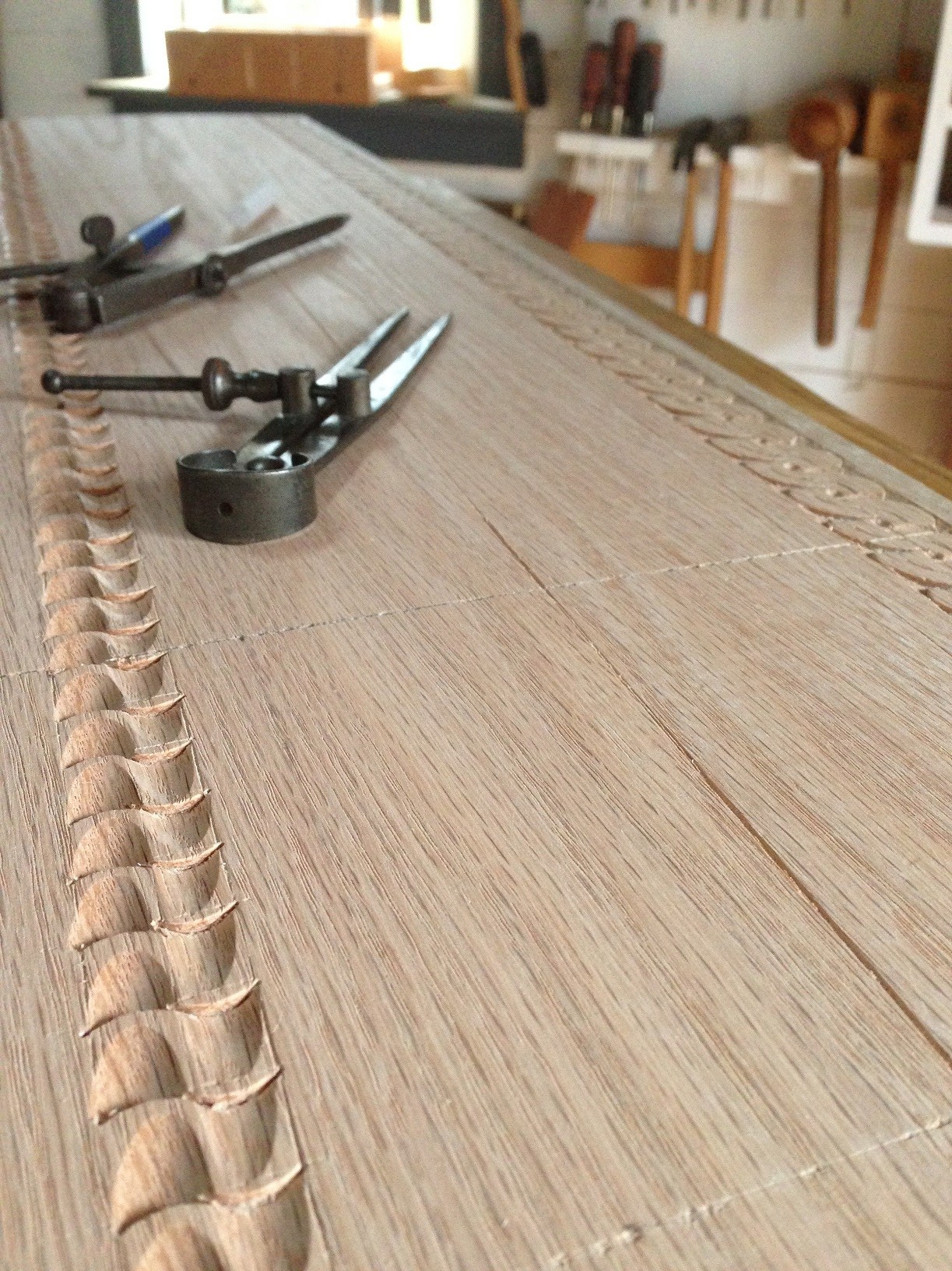 So … inverted lunettes, S-scrolls, or rondels … I guess time will tell!

This site uses Akismet to reduce spam. Learn how your comment data is processed. 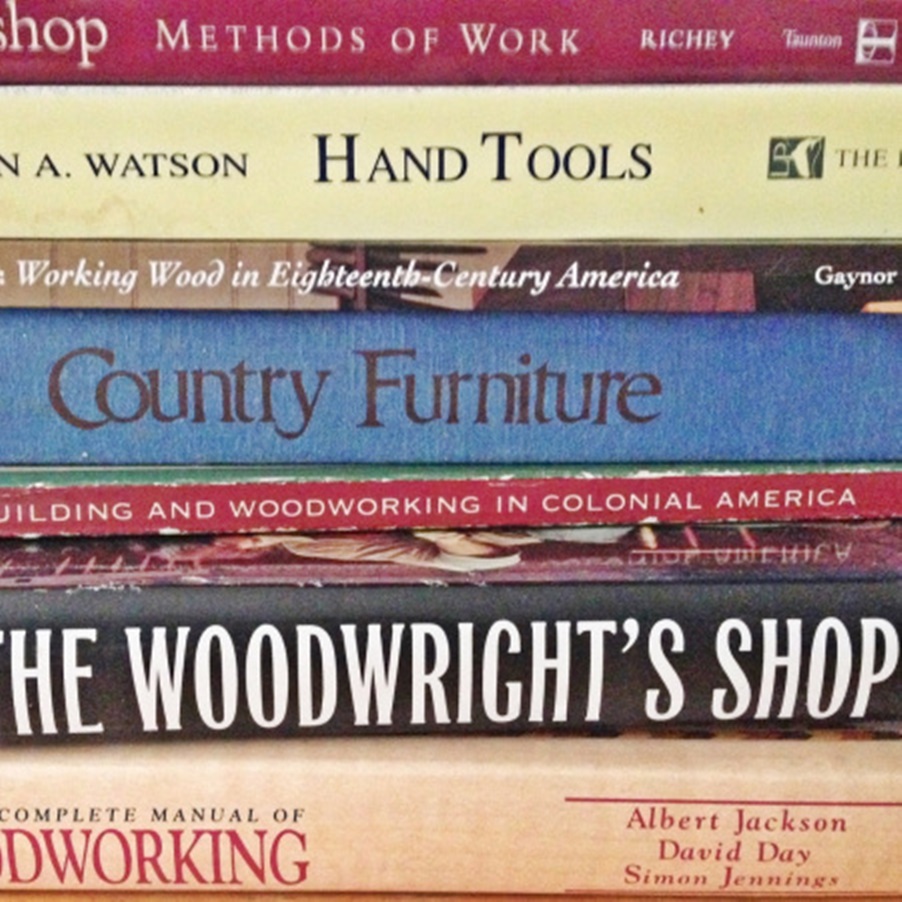 Put it Together, Take it Apart!

Back to the Drawing Board…

Just Relax and Build Something! 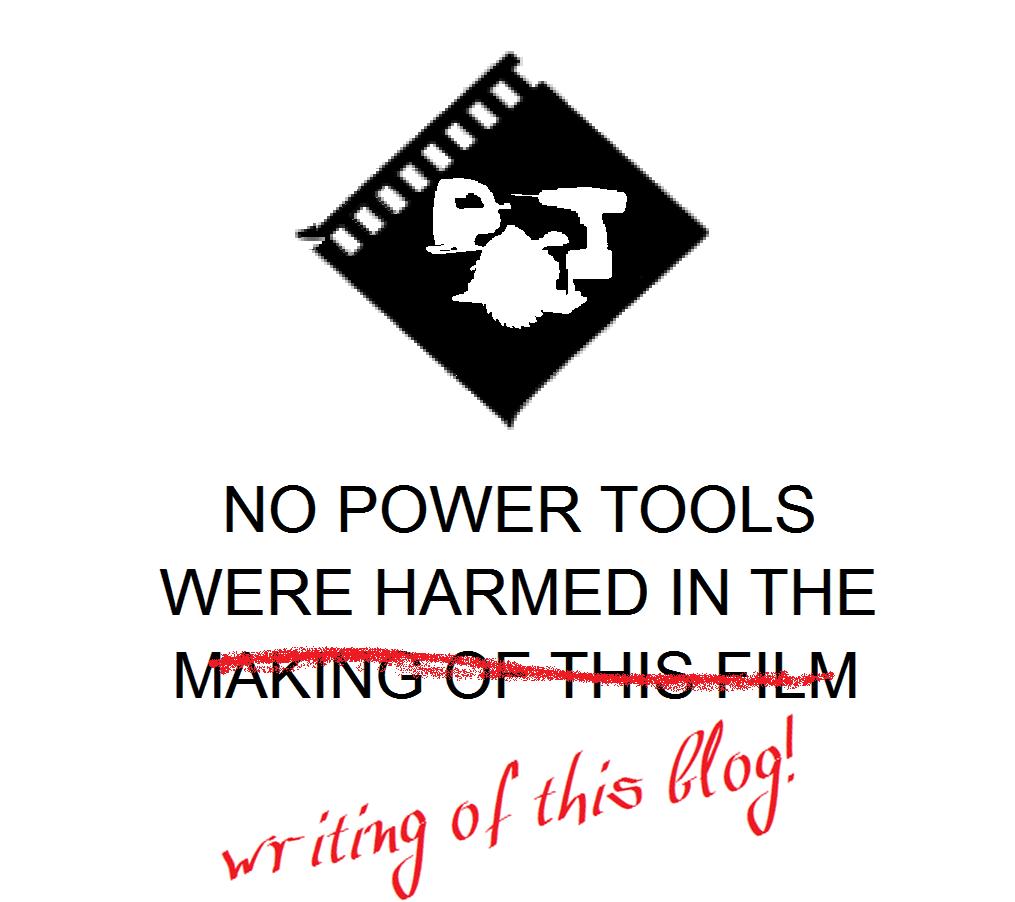 Tales From a Cabinetmaker's Life

A site that looks at the human use of tools and things.

Maker of things in wood, metal, and sound.

Random journal entries on programming, systems administration, nonlinear math and anything else that interests me.

Foraging in the History of Everyday Life

In which 1snugthejoiner writes about woodworking, publishing, house renovations, cats and Shakespeare (don't worry – that last one is rare).

The Art of Michael Lovette

BY GRACE THROUGH FAITH

Hand-tool Woodworking for the Urban Apartment-dweller

hand made chairs, boxes, and other furniture

This is a journal in the art of woodworking by hand

Capturing Furniture in the Wild